Stop #TTIP: At Derby City Council House, handing over the signatures for the petition to ‘Say No To TTIP’ to Margaret Beckett, MP Derby South.

At Derby City Council House, handing over the signatures for the petition to ‘Say No To TTIP’ to Margaret Beckett, MP Derby South.

From #teleSUR English: Richard Seymour on #TTIP AND “FREE TRADE”

On Saturday 22nd August, from 11.00 to 12.30 people from 38 Degrees, Derby People’s Assembly, Derbyshire Keep Our NHS, and other groups are working in partnership to gather signatures for the Europe-wide Stop TTIP petition.

As well as Belper, Ripley, Burton (Staffs), Matlock and Wirksworth 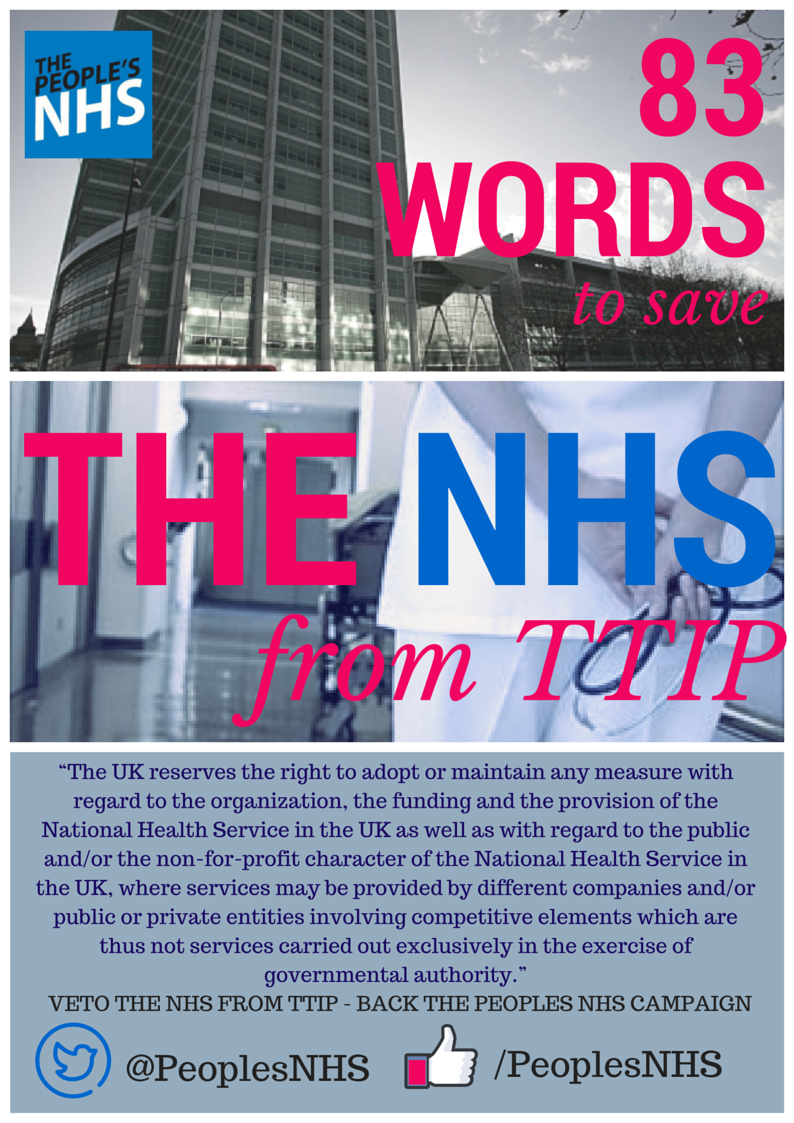 TTIP – How We’re Lied To About Food: Russell Brand The Trews (E179)

TTIP – How We’re Lied To About Food: Russell Brand The Trews (E179)

Russell Brand The Trews (E179).
I speak to Helena Norberg-Hodge, an analyst of the impact of the global economy on cultures and agriculture & a pioneer of the localisation movement.
Subscribe Here Now: http://tinyurl.com/opragcg and send links to video news items of topical stories that you’d like me to analyse.

Produced & directed by Gareth Roy. Thanks to Jimi Mackay: @jimimackay
and Urban Nerds: @urban_nerds for our creative services

On Monday 8th June’s Derby Telegraph printed  an advert about the Transatlantic Trade and Investment Partnership calling on Emma McClarkin, East Midlands, MEP to vote against TTIP on Wednesday at the European Parliament .

Please phone her office (0800 802 1125) and ask her to vote against TTIP. If you have time, it would really help if you could write a short letter to Derby Telegraph.

The advert was paid for by 38 Degrees whose first Derby meeting is Thursday 11th June, 7.30, Friends Meeting House, next to Radio Derby.

THE CAMPAIGN AGAINST TTIP sign the 38Degrees Petition Against TTIP  here

The Transatlantic Trade Investment Partnership is a trade deal between the EU and the US – and is anything but harmless. The deal boosts corporate power and endangers people and the planet.

This video, made by international campaigning organisation Attac, sets out the problems with the deal in a really clear, informative way. More Information, Published on Jul 2, 2014
http://blog.38degrees.org.uk/2014/05/… ,
http://www.attac.org/en/node/16244 .

38 Degrees is one of the UK’s biggest campaigning communities, with over 2.5 million members. We share a desire for a more progressive, fairer, better society and come together to decide which issues we campaign on and the actions we‘ll take to help us achieve that.

The public oppose it , no one is allowed to see the text of the agreement, but big business are very much in favour. Democratic rights stand to be trumped by corporate demands.

With just a few days left before Parliament dissolves ahead of the general election, a flurry of select committees are publishing reports on inquiries which have been held in recent months. Among them is the Business Innovation and Skills Select Committee’s report on the Transatlantic Trade and investment Partnership (TTIP), published yesterday.

I gave evidence to the TTIP inquiry on behalf of Global Justice Now.

TTIP is an ambitious neoliberal trade agreement being negotiated between the EU and USA. Its purpose is to create new trading opportunities for EU and US business by reducing tariffs, removing unnecessary regulation, liberalising some sectors and giving new protection for investors. The controversy around TTIP is about what regulation is deemed unnecessary, which sectors will be liberalised and that business will benefit at the expense of governments.

The gravity of these concerns has ignited a furious public campaign on TTIP from trade unions, environmental organisations, international development groups and NHS campaigners, united in their call for the negotiations to stop.