NOT ONE DAY MORE DEMONSTRATION LONDON JULY 1st: COACHES FROM #DERBY SEE BELOW 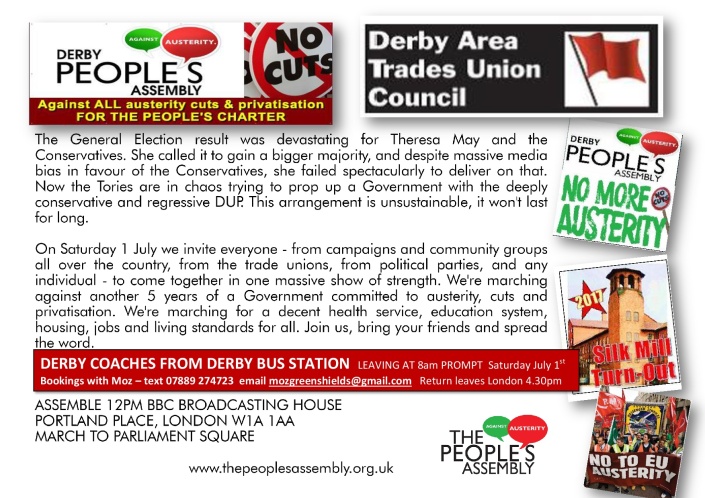 David Cameron compares himself to a firefighter. He has no right

David Cameron compares himself to a firefighter. He has no right

When I was a little girl, I would sit near the front door after breakfast, waiting for my Dad to come home. A key in the lock, and I would run to hug a man who reeked of smoke and petrol and boot polish, a man who sometimes came home quiet and shaken, and didn’t often talk about his working days and nights.

I overheard glimpses of conversation; tiny babies carried lifeless down ladders, a mum found dead in bed with her children cuddled in close and an ashtray on the bedroom floor. A man trapped in a burning caravan, his charred corpse found huddled and clawing at the door. The burning buildings loomed large in fitful nightmares, and to me, my dad was a hero. As were his watch, a loud group of muscular men who we would visit on weekends.

Firefighters have walked out on strike for the weekend in their bitter row with the government over pensions. Members of the Fire Brigades Unionin England left their stations at 6pm on Friday and will not return until 6pm on Tuesday, the evening before Bonfire night.

Picket lines were mounted outside fire stations, and will continue throughout the next few days.

Fire brigades again launched contingency plans, including hiring contract staff to cover for striking firefighters, but the public were warned to be extra vigilant, especially if attending firework events.

The West Yorkshire brigade warned that the service and the public would be left in a vulnerable position, telling people to take extra care to ensure their own safety, while the London brigade said it might not attend rubbish or small grass fires or help anyone shut in a lift during the strike.

The FBU hit back at government statements that firefighters would continue to receive one of the best pension packages of any worker, even after changes to their pension scheme.

The union’s general secretary, Matt Wrack, said: “How can it be remotely fair that the prime minister, already a millionaire, enjoys a far greater subsidy from his employer in absolute and proportional terms than a firefighter who is earning less than £30,000 a year? It is sickening hypocrisy.”

BBC News: #Firefighters in England walk out in four-day strike over pensions

Firefighters in England walk out in four-day strike over pensions

Picket lines were mounted outside fire stations, including in Leicester where 15 people walked out

Firefighters across England have begun a four-day strike in a row over pensions during one of the service’s busiest weekends of the year.

Fire Brigades Union (FBU) members walked out at 18:00 GMT and are due back the evening before Bonfire Night.

Some fire brigades have warned the public could be left “vulnerable” and small fires may not be attended.

Derby Peoples Assembly “Victory to the Fire Fighters”: They Rescue People Not Banks 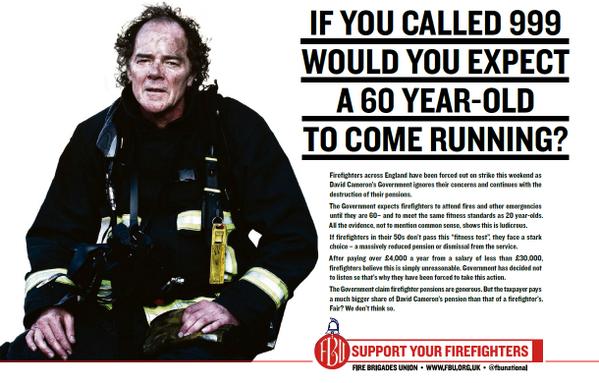 Women Speak Out Against Austerity:

Why are cuts and austerity politics still disproportionately affecting women? Leading anti-cuts campaigners including Rosie Rogers from UK Uncut, poet, artist and activist Zita Holbourne and Eleanor Lisney from Sisters of Frida lay out today’s cuts landscape and consider what challenges the next round of cuts will bring. Chaired by Guardian journalist Kira Cochrane.