Democracy and Education Under Attack

Democracy and Education Under Attack 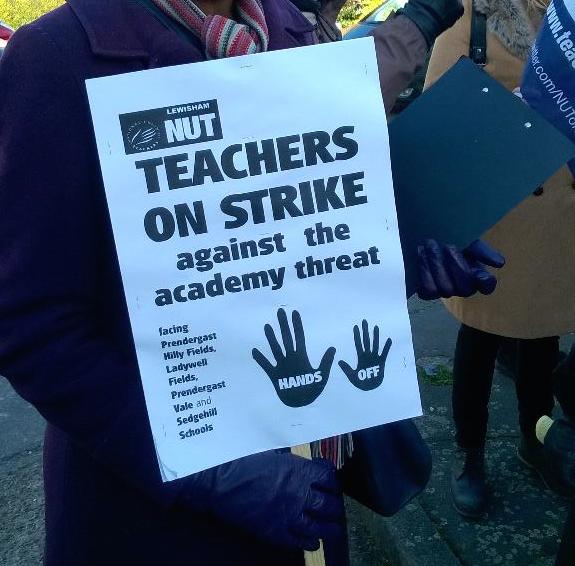 Michael Gove, his replacement Nicky Morgan and Labour’s Andrew Adonis have claimed for nearly 10 years that converting schools to academies drives up standards. Earlier this summer, the Education and Adoption Bill began its passage through Parliament. According to Nicky Morgan, the Bill will target ‘coasting schools’ and identify any that are ‘failing to push every child to reach their potential’.

To achieve this, she intends to extend the sponsored academy model. Yet 13% of current sponsored academies are judged by Ofsted to be inadequate compared with just 3% of all schools. Henry Stewart (Local Schools Network – LSN) has analysed data to show that sponsored academies are twice as likely to remain ‘inadequate’ than schools staying with their local authority and that only 3 of the 20 biggest academy chains (or trusts) add above average value to GCSE results. When the Education Select Committee, chaired by a Tory MP, advises Nicky Morgan to ‘stop exaggerating the success of academies’ we might hope for a change in policy but the new Bill turbo-charges the discredited academy policy.

The Anti Academies Alliance (AAA) has argued that the academy and free schoolagenda is, and always has been, about privatisation of our schools and undermining local democracy. While the Bill has been making its way through Parliament we have seen more evidence of this.

Our schools are being sold! An article in Property Week announced: ‘Legal & General’s Limited Price Inflation Income Property Fund has acquired an £11m primary school from Tottenham Hotspur football club… The purchase of the newly-built Brook House Primary School reflects a net initial yield of 4.02%….with a full guarantee from The Secretary of State for Education, on a FRI-linked 25 year lease.’ The total value of land handed to academy trusts since the policy began has been estimated at £10 billion and now, it seems, a property fund can describe a school as ‘an attractive opportunity to access a long term secure income stream, backed by the government’. Across London, Hounslow Council cabinet members have, controversially, agreed to award Floreat Education Trust the lease for a third of Brent Lea Recreation Ground – a public park – in return for a peppercorn rent and £60,000.

The scandals are not just about land. Recently a whistleblower from a Harris Federation academy claimed teachers were shipped in and children shipped out during an Ofsted inspection (The claim and response from the Federation, founded by carpet magnate Lord Harris, are on the AAA website). Last year there were allegations of ‘off rolling’ pupils at Harris Academy South Norwood – all to keep the data looking good.

The National Audit Office (NAO) and Public Accounts Committee (PAC) have both raised serious concerns about academy accountability and a report for the Education Select Committee found “questionable practices” in many academies. In June 2015 the Department for Education admitted that 99 academies had received warning letters with 11 academy chains receiving multiple warnings including AET – the biggest chain in the country. Fourteen chains, including a chain set up by TheUniversity of Chester, were prevented from taking on any more academies while others, like Prospects Academies Trust, folded leaving children’s education at risk. Earlier this year, the Charity Commission launched an inquiry and the NAO raised concerns about ‘related-party transactions’ involving Durand Trust and the Executive Head, Sir Greg Martin, was quizzed by the PAC about the school’s financial arrangements. The Committee was shocked to learn that Sir Greg earned more than £400,000 a year and ran a dating agency from the school.

Thankfully, those who care more about the education of children than the privatisation of schools aren’t easily misled and despite nearly 10 years of pro-academy inducements, more than two thirds of all schools have chosen to stay with their local authority – not least because trade unions, parent campaigns and the AAA and LSN have insisted on the truth about the motives and competence of academy trusts and chains.

Across the country, campaigns have exposed the hollowness and mendaciousness of academy proposals. The Save Downhills campaign gained the support of the local MP and ex-pupil, David Lammy, who called the decision to convert the school ‘undemocratic and brutal’. At Hove Park school academisation was resisted by parents and staff supported by Caroline Lucas MP. At Snaresbrook School, plans for academy conversion had to be abandoned after parents won the support of their Conservative council. The Stop Academies in Lewisham campaign is holding back conversion, teachers in Newham are resisting academy status and in Norwich parents have been fighting to defend their local schools. The newly elected MP for Norwich South, andpatron of the AAA, Clive Lewis used his maiden speech in the House of Commons to accuse the Inspiration Trust of being ‘Robber Barons’ trying to take over Hewett School against the wishes of parents together with £60m of land.

Where parents have been able to win the right to a ballot – as they did at Hove ParkSchool – they have voted overwhelmingly against conversion. City of York Council has just agreed to urge schools considering conversion to ballot parents. But the response to these democratic challenges has been brutal: the proposed Act will remove the few modest vestiges of democracy and consultation. Sponsors will no longer be obliged to consult with parents and local communities. The new Act will demand that school governors and local authorities co-operate with the academy conversion process. Elected councillors and school governors will be forced to ignore impact assessments, the views of parents or staff or the headteacher and, instead, do what they are told by Whitehall.

Alasdair Smith, National Secretary of the AAA, summed up the Bill: ‘We have won the argument: becoming an academy does not lead to school improvement. We need to keep exposing the lie that academisation has anything at all to do with school improvement. This bill rides roughshod over parents, councillors, governors, teachers and support staff. It needs to be vehemently opposed.  We all must unite, across the political spectrum, to expose this government’s intentions to marketise and privatise our education system.’

The next open meeting of the AAA Steering Committee is 26th September 2pm. Look out for details on the AAA website.